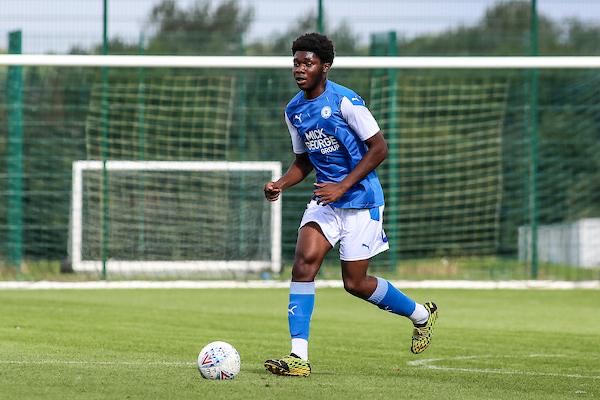 September proved to be a really positive month for Kinetic, and we are delighted to announce our 42nd, 43rd and 44th professional signings.

First Year scholar Tyrese Osbourne became Kinetic’s 42nd professional signing at the start of the month after signing a 2 year deal at Ipswich Town. Tyrese has been with Kinetic since the age of 13 playing in our part-time academy until the age of 16. He was then prepared to join our full-time academy programme. However, he was then scouted by Ipswich as a result of one of our showcase games.

Our 43rd professional signing, and the second in two weeks was Second Year scholar David Bodie who signed for Peterborough United. David joined Kinetic aged 14 and was a part of our part-time academy before joining the full-time academy in 2019. David attended trials at a number of professional clubs before being picked up by Peterborough after playing in one of our showcase games. David was a part of our fantastic FA Youth Cup journey that eventually ended in defeat at Wigan.

To complete the September hattrick, and our 44th professional signing, Second Year scholar Hamid Ishola signed for Peterborough United. Hamid joined Kinetic aged 16 as part of our full-time programme and like David was an integral part of our successful FA Youth Cup run last year. Hamid is a fantastic character and was a great addition to the programme. We are delighted that he has been given an opportunity at Peterborough on the back of a showcase game.

Everyone at Kinetic is delighted for Tyrese, David and Hamid and wish them the best of luck for their future footballing careers.