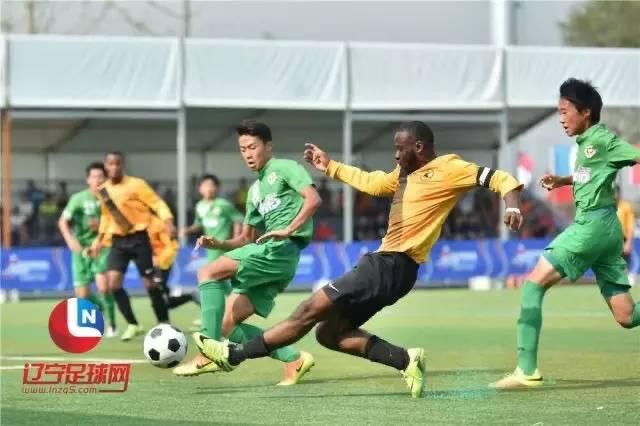 Owusu and Dami departed the UK on Saturday to embark on a full scholarship at Iowa Lakes, USA. On paper both boys have come through our Kinetic Academy programme, however their respective football journeys and how they got to the point of boarding the same plane together, couldn’t be any more different.

There is a mantra we try to instil into the young people we work with: ‘trust in the process – development is never linear’. Never could there be a truer statement spoken for the experience Owusu and Dami have had with the ‘beautiful game’ – in the next two weeks we will delve into their journeys a bit deeper. Owusu first…

I still remember the first time I saw Owusu play on a cold and wet Monday evening at our community programme at Coloma school – he lit the session up. Owusu had electric pace, unreal feet and an eye for goal; he epitomises the ‘diamond in the rough’ we look for but rarely find. Despite all the raw attributes Owusu played totally off the cuff and relied solely on his natural ability, he would overplay and generally make poor decisions on the ball. Add to the fact that Owusu was a total passenger when his team did not have the ball it was quite simple to see the reason why he was at our session and not signed to a professional club.

Whilst training with us Owusu was then offered a scholarship at Scunthorpe United. He made an incredibly bold decision to turn that down and stay with Kinetic Academy; he believed he could sign with a higher category club. To be honest at the time I wasn’t sure if this was the right move. Despite his talent Owusu had some massive flaws in his game and I had seen some players with similar talent, not many but some, fail to improve their deficient areas and end up on the football scrapheap. Little did I know that this decision was the first example of his single-minded determination to realise his dreams.

My fears became a reality during the first few weeks of Owusu’s under 17 season. I remember ‘hooking’ Owusu at half time of a youth team game at Croydon Athletic. Calum and I were tearing our hair out with his lack of defensive engagement and we spoke to him after the game about the need for him to take on board our information otherwise his potential would go wasted – everyone is responsible for defending and hard work is a prerequisite not a choice. Did that conversation make a difference? No not immediately.

In my experience the ‘penny doesn’t just drop’ rather it is a sequence of small experiences which can ultimately result in a behaviour change, something more attuned to how the sand moves through an hourglass. Owusu was really hard work and it took a lot of patience from Calum and I to add the aspects to his game which were going to take him to the next level. Once it did though he reached levels that we could have only ever dreamt of – Owusu became unplayable.

The pre-season of Owusu’s 2nd season he was flying, and he captained our side when we went to the Gothia Cup China. Kinetic Academy were the only non-professional club playing in that tournament and we finished the tournament as runners up – an incredible feat for a grass roots team. In the semi final Owusu scored in the last minute to secure a 1-0 win against a ridiculously good Tokyo Verde team – the euphoria felt from staff and players alike was something that will stay with me forever.

Owusu was consistently performing way above the level and continued this into our Isthmian Youth League campaign when we were partnering with Merstham FC. You can see some highlights of his performance against Maidstone below:

We knew Owusu wouldn’t be with us for long – he would be signed to a professional club imminently. I have often spoken to Calum about this exciting but peculiar time when a young player just hits a whole new level. As staff you just know that the player is flying, full of confidence and making everything look way too easy. We just hope that the right opportunity comes to them when they are in that vein of form because, as anyone who has worked in football knows, timing and a large slice of luck are uncontrollable factors which play an enormous part. Thankfully, that opportunity came and Owusu signed professionally with Rochdale and went straight into the 1st team squad where he made his debut on 21st January against Oxford United at 17 years old.

Following a football league debut at 17, and knowing the trajectory Owusu was travelling on, I would have expected to be writing about how Owusu is making waves in professional football 4 years later. However, after a serious back injury Owusu was released that summer – Rochdale didn’t have the resources to extend the contract of a player who had no return date on the horizon. This was compounded by the fact that Owusu hadn’t been registered with the PFA and therefore was not given any support to solve his ongoing injury and get back to what he did best – kick ball.

“I got released after a slipped disk in my back…they said that because they didn’t know how long I was going to be out for they chose to release me.”

The next chapter in Owusu’s life took him to some dark places. He went through an endless cycle of resting, trying to strengthen and rehabilitate before returning the pitch and breaking down again.

“I stopped playing football for quite a long time and it really affected me mentally. It was really hard to get over the injury…I was 18 and living away from home without my family”

Owusu was at non-league clubs during this time, namely Croydon FC, Lordswood and Whyteleafe FC, where resources are minimal. It broke my heart to not be able to support Owusu for him to receive the treatment that he desperately needed. I could see that he wasn’t himself, not moving freely, not having the confidence to fully commit to striking the ball for fear of his body breaking down. Through this time, I know Owusu drew strength from his family, Ken Dwyer who helped Owusu navigate non-league, Lance Roberts who helped Owusu with access to treatment, Calum and I who tried to keep him motivated and Charles Pardue who opened the door to Robert Laus.

“Harry has done so much for me and I’m really grateful for his help.”

Robert Laus is a pioneer in the use of ultrasound imaging to rectify complex sports injuries – Owusu certainly deserved the complex tag. With Charles fundraising to pay for Owusu’s treatment, alongside a significant discount which Robert applied, they started to rectify the issues that had plagued Owusu for years.

This summer Owusu looked back to his old self. He completed a whole pre-season with me at Whyteleafe FC and scored in the FA Cup against Glebe as we progressed through the competition. I know how important that goal was in Owusu’s journey as it marked the start of a new chapter for him. That moment, and how much it meant to him, was far more important than the result of that one game – Owusu was back.

I am so proud of the strength Owusu has shown and I don’t think he realises just how much adversity he has had to overcome. His journey was one of the most turbulent, and at times heart-breaking, of any of anyone I have ever worked with. A lot of people in Owusu’s shoes would have thrown the towel in and be just another boy who had talent, but the game spat out.

With the right support Owusu can get back to the player he was in 2017 – an unplayable, formidable forward who is more than capable of playing professionally. I truly hope Owusu can achieve this and start to enjoy the game again which has treated him so unfairly. Don’t write off Owusu just yet – his resilience and determination to overcome adversity is something special and, in my opinion, his biggest talent.

Best of luck Owusu, we will be watching.
H