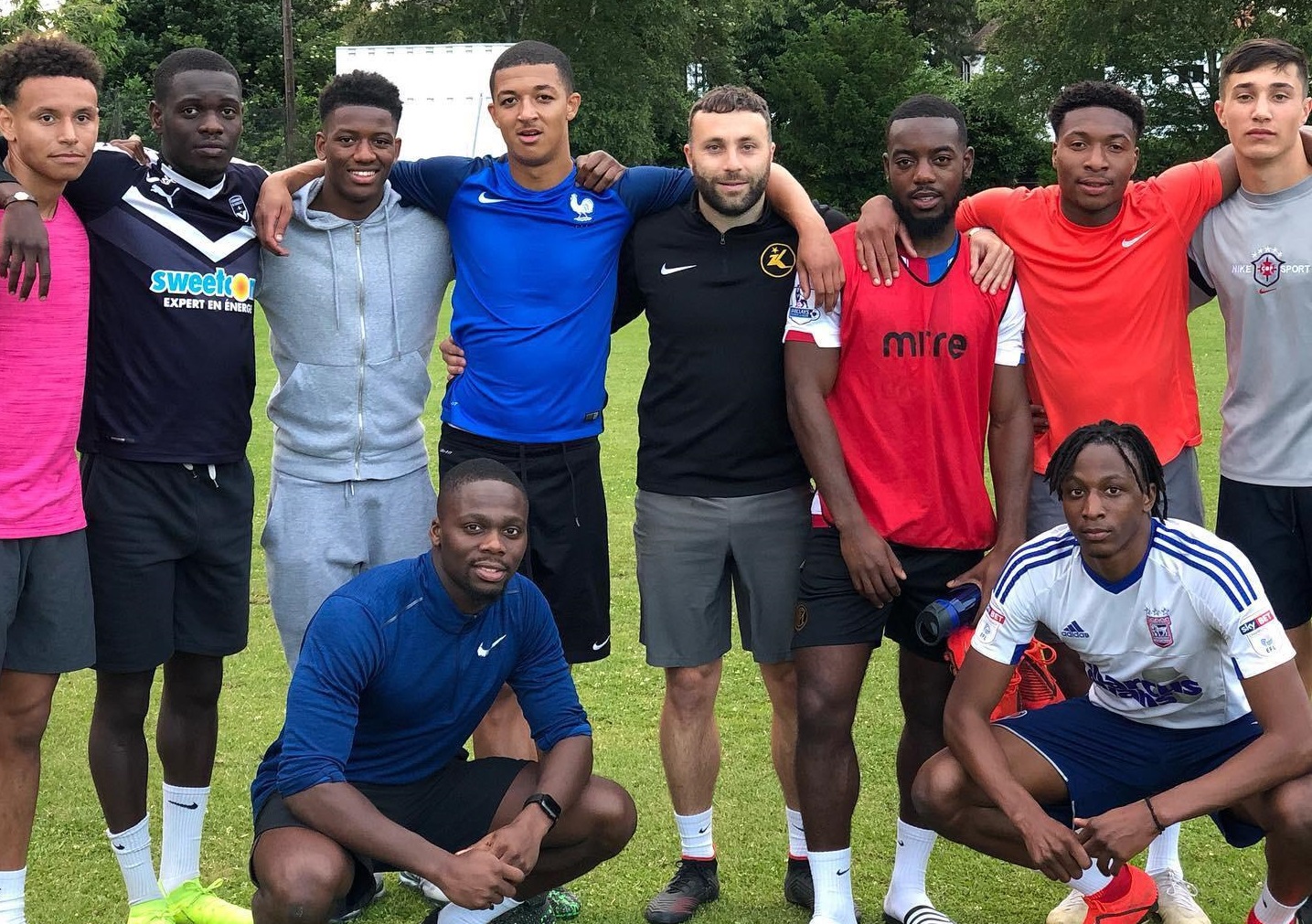 Just like James, co-founder and Kinetic’s Head of Strategy, Harry Hudson (pictured centre) is passionate about the work they do in South London in supporting and helping young people to reach their full potential through sport.

Here’s what Harry had to say when we put him under the spotlight, to find out a bit more about him, his goals and aspirations, and how he came to be a founding member of Kinetic Foundation.

Kinetic: What did you do before Kinetic?

Harry: I started coaching at the age of 16 after I made the horrible realisation that professional football was not going to be a viable option for me. After completing my A-levels, I took a gap year to earn money before going to University and during that time I worked in a multitude of coaching jobs but the most influential one was delivering on the Kickz programme. This experience opened my eyes to the importance sport, namely football, can have on the lives of young people and how it can be a vehicle for positive change. I continued exploring this notion at University and studied the effectiveness of sport based social inclusion projects and proposed a new model, from which the Kinetic Academy was born.

K: What was the driving force for you to become part of the founding Kinetic team?

H: I always wanted to start my own company and work for myself; something my Dad did and was successful at. After leaving University it was about trying to build the right team to be able to take the idea to market and make it work for us. Although much has changed, seven years later I am proud we are still here!

K: What is your role within Kinetic?

H: I head up the coaching delivery at Kinetic and personally coach daily on the FT Academy programme. I also lead on strategic, long term projects and plans for Kinetic.

K: What do you look for in your players?

H: To be good people first and foremost! It is amazing the improvement which can be seen on the pitch when the young person feels stable, comfortable and cared for off it. Outside of that all we ask for is total commitment and trust in the development process our young players go through on their journey. Also, to try not to be impatient and rushed, which puts too much pressure on a player and is debilitating to performance.

K: What inspires you to get up in the morning?

H: Impacting social change through football. Although on a relatively small scale I hope that our young people leave our programme and are rounded, pro-social members of society.

K: What has been your biggest personal achievement since Kinetic was formed?

H: The percentage of young people who leave our programme who are referred to as NEET (not in education, employment or training) is just 1%. I would like to see that reduced to zero in the not too distant future!

K: What changes have you seen in the local community since Kinetic was formed?

H: Unfortunately, mainly negative ones. The third sector has continued to face extreme cuts, which means the environments where young people felt safe and valued are now few and far between. This, among many other factors, is contributing to the unrest and ultimate youth violence which we are experiencing in London. We need to try and affect the root of the problem; too often initiatives that are introduced are just a plaster over the issue which quickly re-surface.

K: That’s sad to hear, although, what impact do you think Kinetic has had on the local community since it was formed?

H: We are proud of the impact we have had on the young people engaged in our programme. We have a track record of supporting our participants to develop into pro-social members of society. However, we simply do not have the funding to impact the all the young people who need our support. As we grow in the future and our graduates continue to engage with our programmes, I believe we can help more and more young people and I am excited to make this vision a reality.

K: How would you like to see Kinetic progress and develop over the next few years?

H: I would like us to increase our impact both in terms of increased participation with young people and the long-lasting positive effect we can have on them. I want us to be the leading light for football and education programmes and offer wider support in aspects such as mental health wellbeing, volunteering and career aspirations.