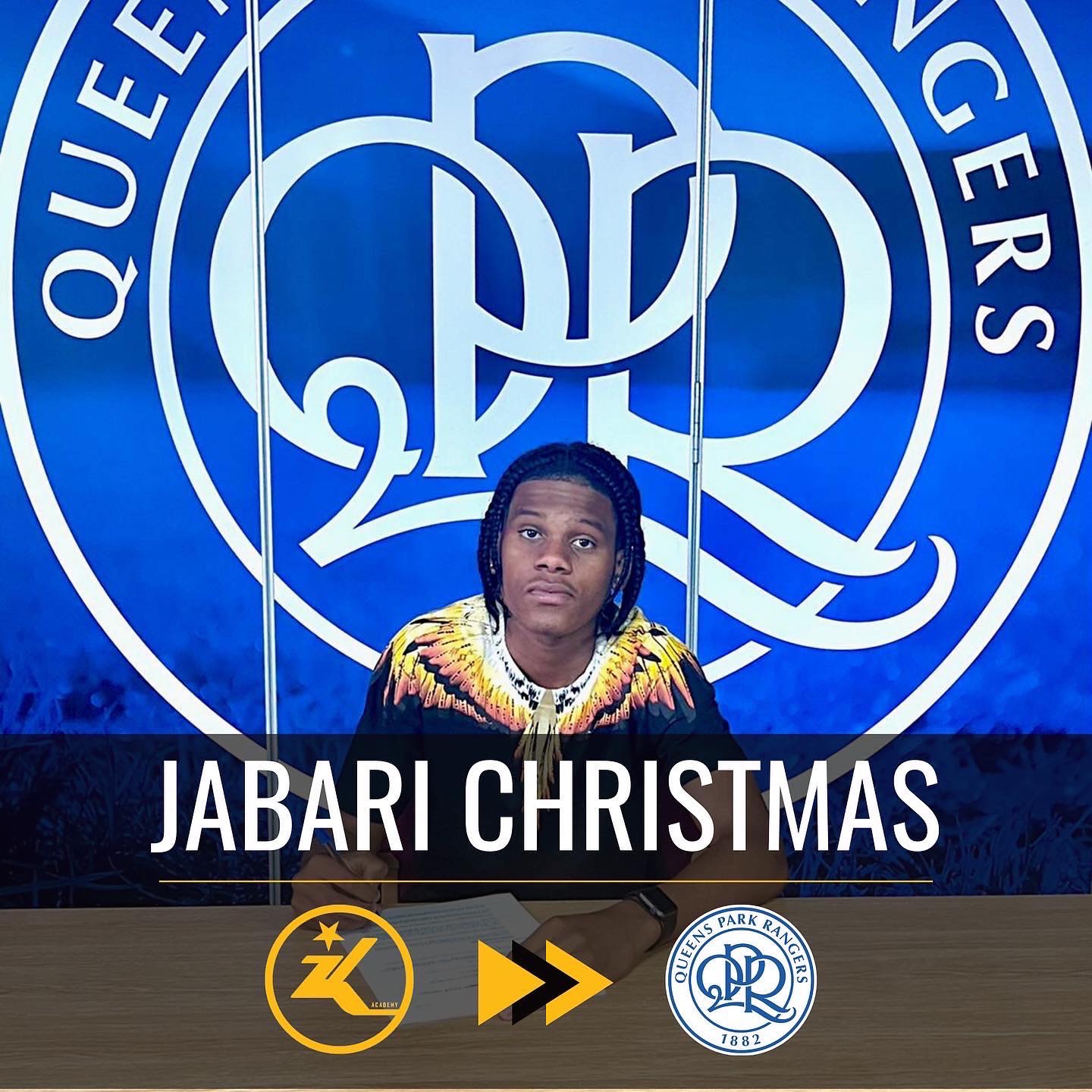 We’re delighted to announce that Jabari Christmas has signed a professional contract with QPR FC and becomes our 57th signing to a professional club that has been on our academy programme. We’re proud that we could play a part in supporting his development and journey.

Adam Flemming, Kinetic Coach & Harris Academy Orpington Liaison: “Jabari hasn’t had a straight forward journey to his current success. He has had a lot of up and downs including a number of unsuccessful trials in 2021, Jabs used these experiences as fuel to work harder in the classroom as well as on the football pitch.

He came into Harris Orpington low on confidence. But I believe his friends/team mates, teachers and all the Kinetic coaches helped him build that back up in one way or another. We as Kinetic coaches feedback to players once a term. 2 targets were set for him in his Individual Learning Plan; to be more tenacious in the transitional phases of the game and be more hungry to press and win the ball back for his team, as his talent on the ball is undeniable. He looked to implement this almost immediately and after the first term I saw more hunger in his defensive roles.

Along with his self confidence he showcased his hard work and talent while on trial at QPR, which evidently resulted in him being offered a professional deal. I’m absolutely buzzing for him and also our football academy programme as we have had 3 players sign at pro clubs from Harris Orpington since September and I’m sure there will be more. Best of luck to him and he’s aware there’s so much more he has to give to make it to the very top!”