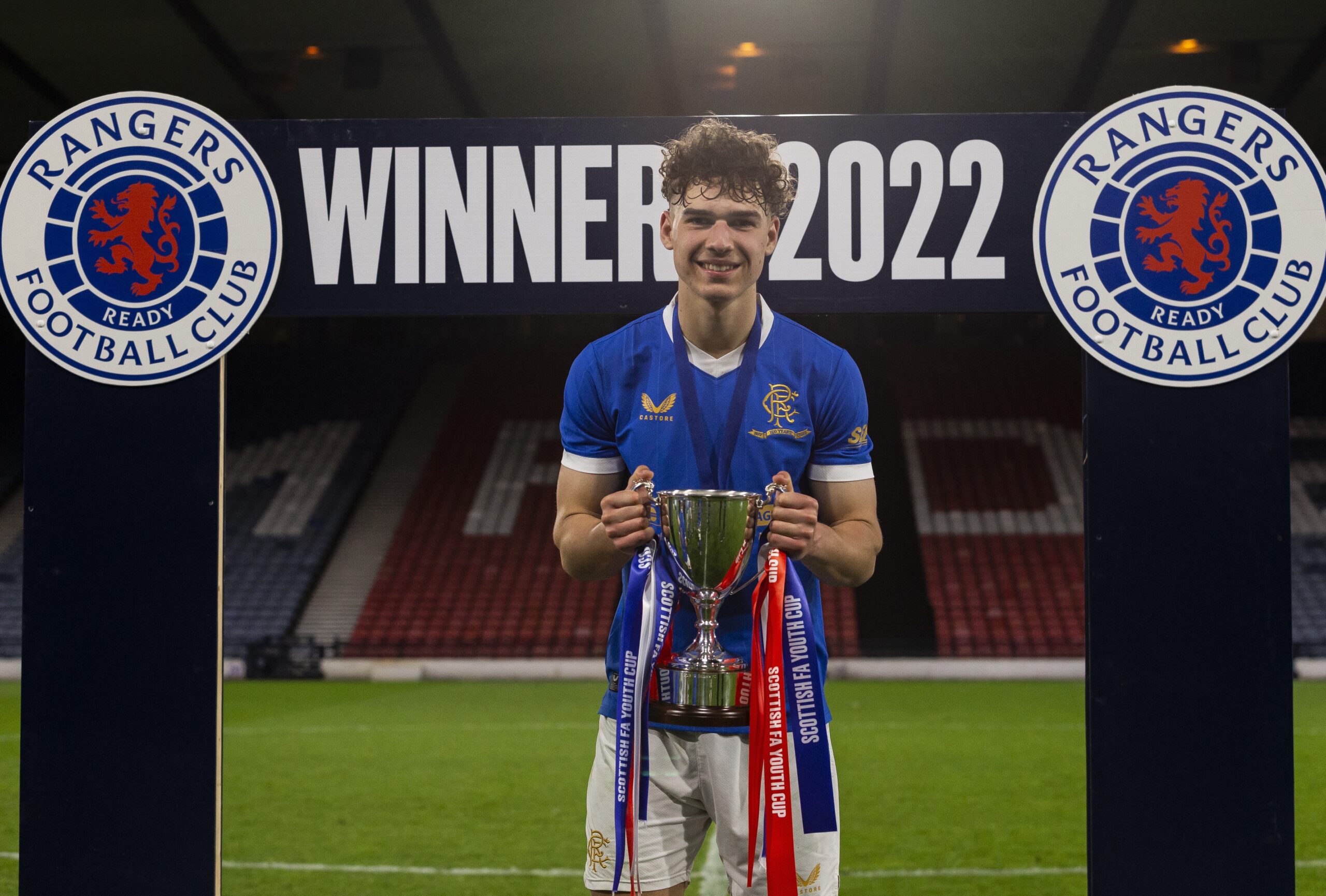 We were delighted to see Kinetic graduate Kevin Ciubotaru play 90 minutes for Rangers U18s in a 2-1 win at Hampden Park providing a great assist for the second goal as they beat Hearts to lift the Scottish Youth Cup.

Cameron Campbell, Rangers U18’s coach: “Proud is probably a good word to describe it. We see how much work the boys do on a consistent basis as they come through the Academy, seeing them get a moment like this to reach the Scottish Youth Cup Final and lifting the trophy is a huge moment for them and one that we are really proud to go see them do. As I said in the build-up to this, the boys were really looking forward to playing on the pitch, which is incredible, but also in the stadium with the fans behind them. It’s all a new experience and one that hopefully they will experience more in the Rangers first team soon enough.”

Kevin became our 54th signing to a professional club that has been on our academy programme when he joined Rangers back in February. At the time of signing, Kevin said: “Delighted to sign my first professional contract with Rangers FC. A big thank you to Kinetic Foundation for giving me the opportunities to get me to this stage of my career. A new journey and hard work starts now”.

Harry Hudson, Kinetic co-founder: “Massive congratulations to Kevin. He is a Romanian youth international who plays left back or can play left wing back. Very attack minded. Powerful runner, good dribbler, gets forward well and contributes really well in the offensive phases. Defensively he’s worked really hard with us so he covers both those sides of his game. He’s very good aerially, a strong player with an exceptionally high ceiling so looking forward to seeing how he gets on and watching his progress at Rangers!”

A massive thank you to Harris Academy Tottenham where Kevin did his education through our academy programme. They provided a fantastic platform to support Kevin in his studying of Double Sport and Single Business including extra support with English language. The school were really great in helping Kevin juggle football trials at various clubs while keeping up with his education.

Kevin himself added: “I really enjoyed my time at Harris Academy Tottenham because the teachers always helped me if we were struggling and were very patient. The time between school and football was managed very well so that we could balance the two. When I went on trial at all the clubs I’ve been too, they were really understanding and gave me the time off school which I was grateful for.”