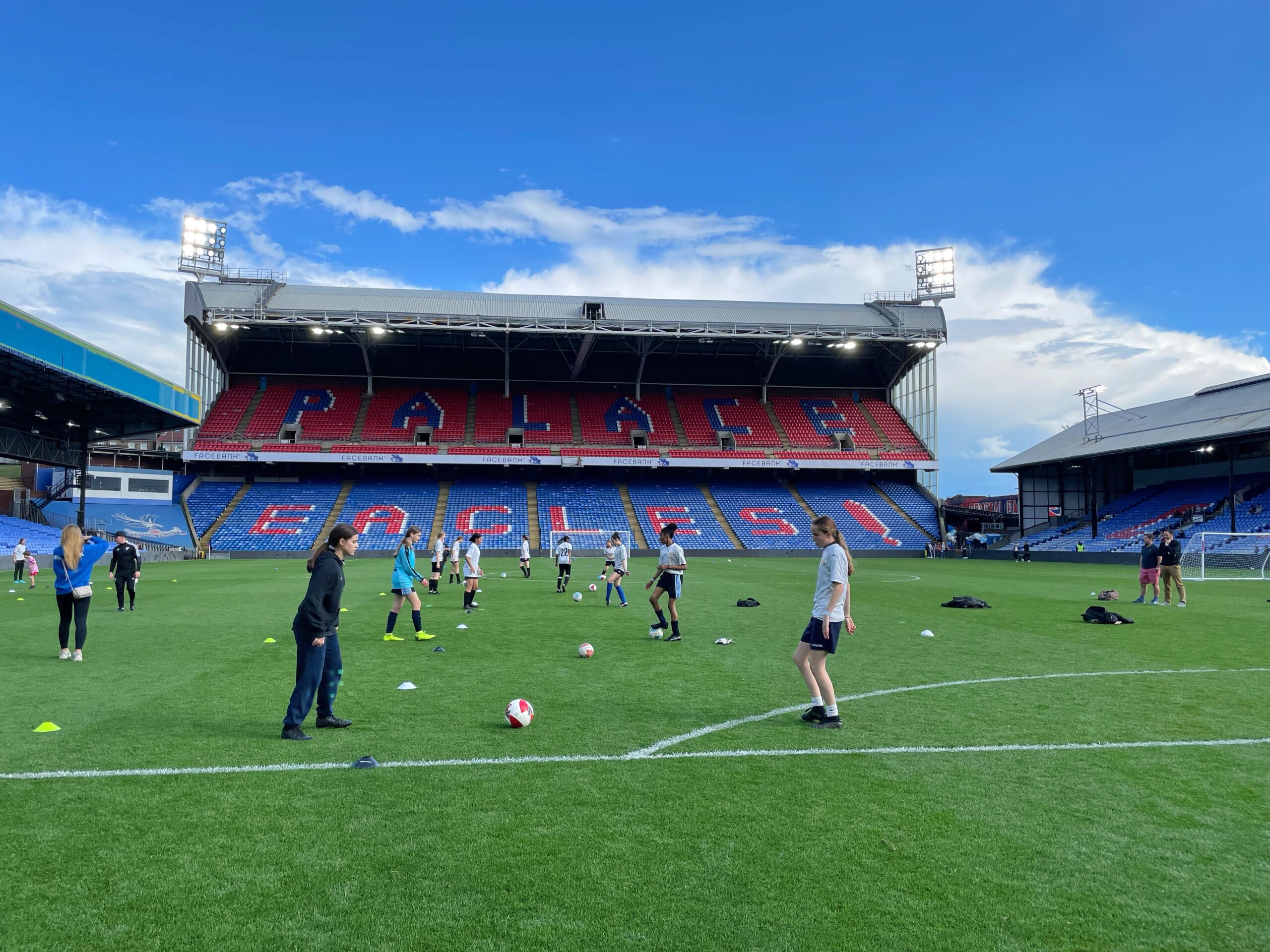 It’s not every day you get to train on a Premier League pitch but that’s exactly what a group of lucky girls from our partner schools as part of our Harris Federation partnership got to experience as we invited them to a training session at Selhurst Park, home of Premier League team Crystal Palace.

Girls from Harris Academies East Dulwich, Sutton, Battersea, Wimbledon and Crystal Palace joined us for the session which was hosted by Miss Kick, a female football brand and community which was founded by former Liverpool and Manchester City youth player Grace Vella. The training session itself was delivered by Calculated Performance, the good old British weather meant we started in the torrential rain before the sun came out and we had a lovely blue sky not long after.

The girls got into some passing and movement drills after a warm up then got to have a game at the end, after which they were all awarded with a medal for taking part. There was even time to have some shooting practice on the pitch before the celebrity football match between Palace Pelicans and Crystal Koalas which was raising funds for Great Ormond Street Hospital Children’s Charity. Palace Pelicans featured the likes of Big G, Yung Filly, Geoff Bell, Toby Aromolaran, Johnny Fisher and Lianna Sanderson while Crystal Koalas had Tyler Cruickshank, Cal The Dragon, A Star Barber, Dan Osbourne and Anton Ferdinand.

Keep your eyes peeled on our social media channels as we reveal more about the new exciting addition of girls football to the Kinetic Foundation!