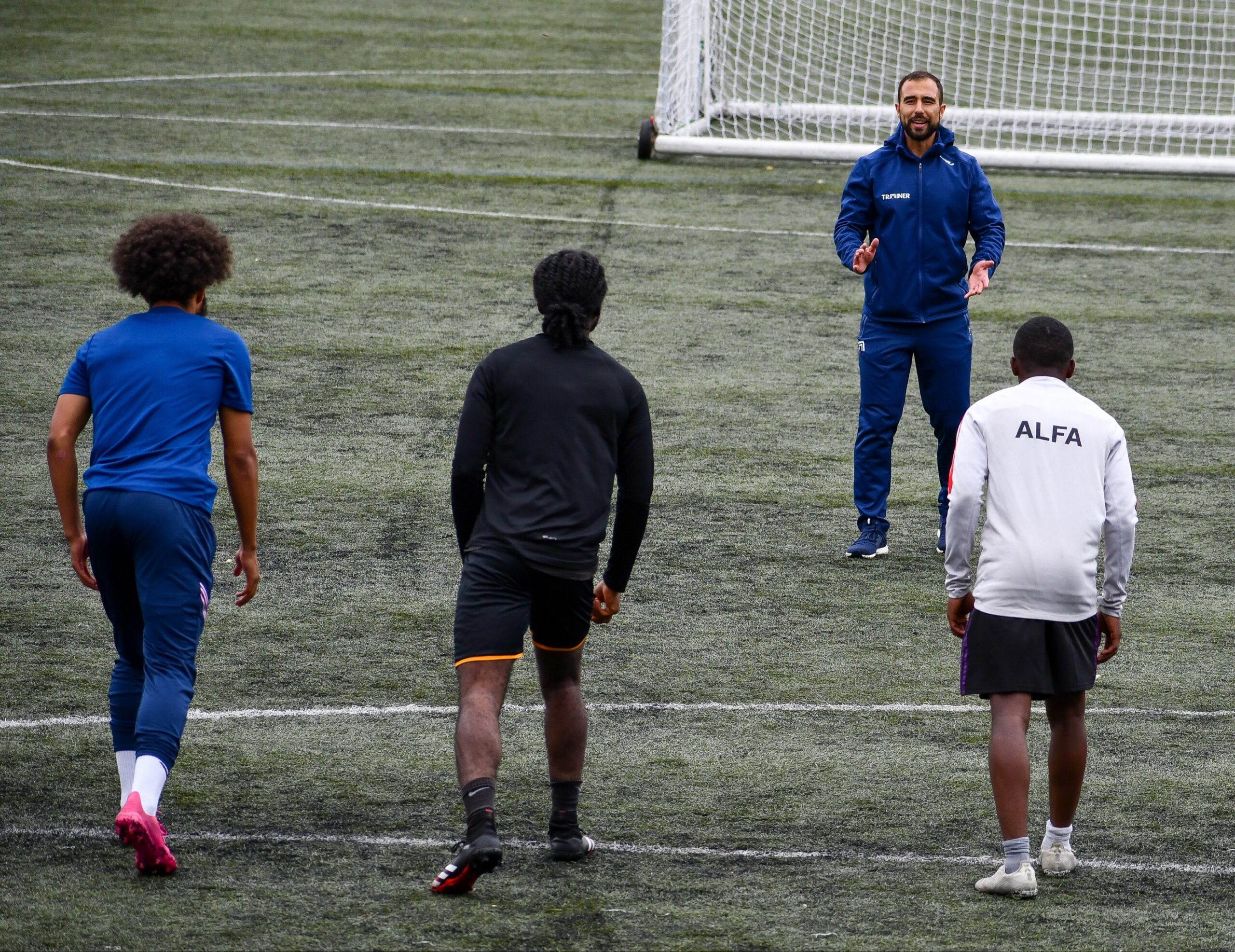 At Kinetic Foundation we’re constantly searching for ways to further develop our player’s skills and capabilities. Through our partnership with Traainer who, through the provision of elite Sport Science resources, will develop our scholars strength and conditioning.

Christian Vassallo has been working as a strength and conditioning coach in professional sport for the last 9 years. Early in his career, Christian learned his trade from industry leading practitioners at the England & Wales Cricket Board (ECB). This was followed by 5 years as Academy Strength & Conditioning coach at Arsenal Football Club. He has helped improve the performance of English Premier League and international footballers, track and field athletes (Olympic and NCAA Division I standard), Great Britain Hockey players as well as Formula One racing drivers. Christian now provides consultancy to professional athletes across various sports, including established organisations such as Pioneered Athlete Performance. He is co-founder and Performance Director of Traainer.

Back in August 2021, we went on our first Project United residential tour to Manchester. Christian along with Rob Owen and Craig Umenyi put our young people going on the tour; through different tests including the skinfold measurement test, 3 minute all out test as well as the Yo-Yo intermittent test. These series of tests allow data to be collected and analysed to help optimise our player’s individual potential.

Christian travelled to join us on our second Project United residential tour last month to Bath where he once again put our players through the tests, including our Under 16’s for the first time. Shoutout to Sam Ince for getting a score of 19.5 in the Yo-Yo test and being the last one left in it. The Yo-Yo test is a maximal aerobic endurance fitness test, which involves running between two markers 20 meters apart, following audio cues which dictate the running speed required. After each 40 meters run, the participants have an active break of 10 seconds before running 40 meters again. At regular intervals, the required running speed increases. The test continues until the participants are no longer able to keep up with the required pace. The test was developed in the 1990s by the Danish football physiologist Jens Bangsbo and his colleagues, and is now one of the most commonly conducted fitness test around the world.

We look forward to working with Traainer going forward so we can continue to provide the best possible expertise and opportunities for our young people!