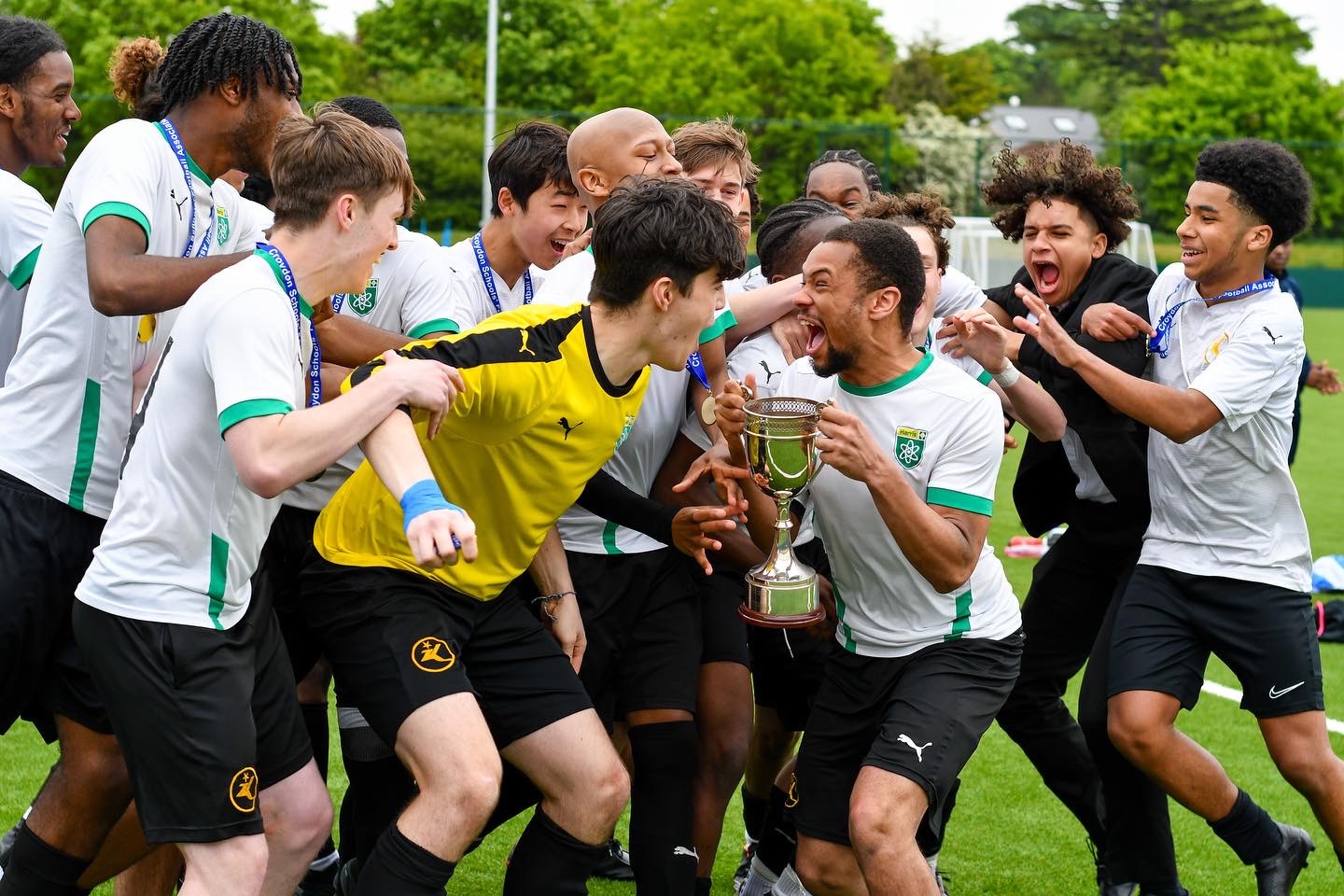 It’s been a great week here at Kinetic Academy as we played in 3 cup finals and won all 3!

First of all, our Kinetic Harris City Academy Crystal Palace team managed by Matt Capon lifted the Croydon Schools Cup after beating Trinity School 4-0 at Crystal Palace’s Academy training ground in Beckenham. We came up against a familiar face in Kinetic graduate and former Kinetic coach Bradley Wilson who is Head of Football and Assistant Manager of Trinity Sports Club.

We took an early lead with 6 minutes on the clock when centre back Jayden Garner pounced on a loose ball in the penalty box, knocking the ball past the goalkeeper down to his left hand side. Our lead was doubled on the stroke of half time as great play from Jack Kenyon saw him pull the ball back for striker Obi Nebuwa who found the back of the net with a neat finish. The 3rd goal didn’t come until the 86th minute, Obi playing in Victor Koah who had got forward from right back, taking one touch before a composed finish found the bottom left of the goal. 2 minutes later and it was 4-0, Ruben Boyd getting himself on the scoresheet with a left footed effort on the edge of the box!

After a positive start to the game, we look the lead when good pressure from Ben Hogarth forced a mistake out of the Elite Coaching Academy defence and the ball ended up in the back of the net. Emarjay Capmbell-Jones got our 2nd of the game, his first shot was initially blocked but the ball came back to him and he hit it sweetly on the half volley with the ball flying into the bottom corner. The third goal came just 2 minutes into the second half courtesy of Asher Barnes which secured the win and the trophy!

The third trophy lifted was by Kinetic Harris City Academy Crystal Palace who made it 2/2 in Cup Finals in a week, as they won the London Schools Cup after a 3-0 victory against Stoke Newington at Sevenoaks Town Football Club.

Both teams had groups of supporters cheering them on as the game got underway at the home of Sevenoaks Town. We broke the deadlock on the 14th minute after good play down the left wing from Israel Odufuwa who squared the ball perfectly for Jack Kenyon to score. 38 minutes gone and Israel grabbed a goal for himself, a long ball over the defence from Jayden Garner which Israel ran onto, getting to the ball first, knocking it over the on rushing goalkeeper and calmly heading the ball into the empty net, much to the delight of the watching supporters. With 1 minute left of normal time, Jayden Garner got his head on the ball from a corner to add to his impressive tally of goals for Kinetic Harris City Academy Crystal Palace this season!

Congratulations to all the players involved as well as the coaches!