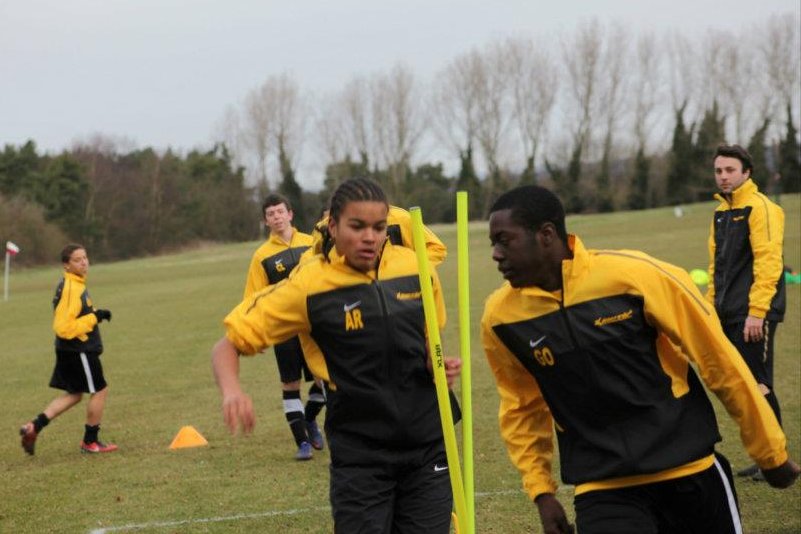 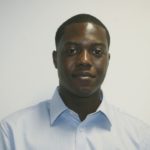 Gbonju joined Kinetic in 2012 and was an active team player for two years. Despite only being with Kinetic for a short time, his experience had a profound effect on his life and provided him with opportunities that he may not otherwise have had.

We caught up with Gbonju to find out how he is and what he has been doing since he graduated from the Kinetic Academy.

Kinetic: How did you first get introduced to Kinetic?

Gbonju: Kinetic coaches came to visit Wilson’s school when I was in year 11. They were looking for players for a team they were putting together and instead of our usual P.E lesson we had a training session with them, which ended with a small sided game when they took the opportunity to observe us while we played. Afterwards they invited 5 or 6 of us back for another trial with players from several other schools and I was lucky enough to be one of them.

K: What was your standout moment in your time with Kinetic?

G: My standout moment I guess would probably be getting three assists in a friendly game leading up to our tournament in our first year. However, I don’t really remember much from the game aside from the three assists. Aside from this, I would say playing at the Gothia Cup. This was a great opportunity, which took me and the Kinetic team to Gothenburg in Sweden. Not really a single stand out moment but it was a chance to travel and to watch and play against some very good players and teams from all over the world.

K: What was the most important life lesson you learnt while you with Kinetic?

G: I would say that it is important to develop yourself away from football as well. Whilst at Kinetic I had loads of opportunities to coach and volunteer as well get involved in other workshops that weren’t focused solely on football.

As I went through the recruitment process when applying to American universities, I had an advantage over other players because coaches were also looking at what I could bring to their universities away from sport and if I could fit into their environment. From talking with me and looking at what I did with Kinetic they saw not just a football player but someone who had other experiences through all the other activities I had been involved in.

K: If you could give another potential Kinetic pupil a piece of advice what would it be?

G: I would definitely encourage any potential pupils to pursue the opportunity with Kinetic if given the chance and to commit to all aspects that come with it, whether on the pitch or off it. Also, trust and listen to the coaches because I would say some of the best coaching I have had, even till now, was at Kinetic. I believe I significantly improved as a football player during my time with Kinetic and this allowed me to pursue other footballing opportunities later, even after my time at Kinetic had ended.

K: What are you doing now and what does a typical day look like for you?

G: Since graduating from college I am now working as a Software Configuration Associate for IHS Markit’s Maritime and Trade business line. I am part of the AIS Network team, which supports and monitors the company’s AIS (Automated Identification System) network.

A typical day for me starts at 9am and usually finishes at 5pm. However, this will depend on meetings I may have or how much work I have to do that day. Then I will usually go to the gym immediately after work before heading home. A couple times a week I will also head out later and play a 5-a-side game.

K: Thanks Gbonju, it has been great talking to you. From what you have told us it seems that Kinetic has been a real influence on your life and even now in your working life football is never far away! Thank you for sharing your story and helping to inspire the next generation of Kinetic players.