Kinetic is delighted to announce that two members of their Youth Forum, who pitched an idea to tackle youth violence to the Violence Reduction Unit (VRU), have been successful in their bid.

On 9 December 2019, Brennan Calafato and Remell Grieson took to the stage in London City Hall to present their idea to a panel from the VRU in an effort to secure a grant of £1500 to put their concept into motion.  The panel was really impressed with their solution to run a series of awareness workshops and awarded them the £1500 grant to get their idea up and running.

With the backing of this grant, Kinetic’s Youth Forum will have the funds to run a series of workshops for sixth form groups, throughout the first six months of 2020, to raise awareness of youth violence and the impact it can have on them and society as a whole.

Kinetic’s Youth Forum members were one of 12 groups pitching their ideas to London City Hall’s VRU, launched by the Mayor of London, Sadiq Khan, who tweeted: 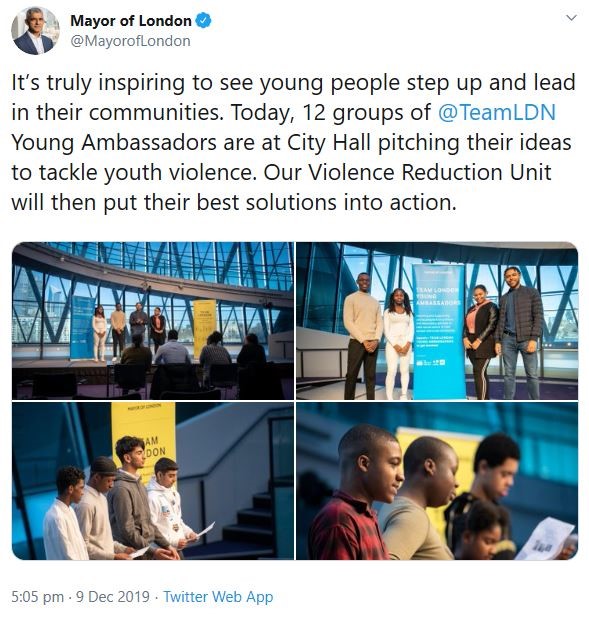 Tweets by @Kinetic_Coach
Need Help? Chat with us
Start a Conversation
Hi! Click one of our teams below to chat on WhatsApp
The team typically replies in a few minutes.
Year 11 Registration
Join our Sixth Form Programmes
General Enquiries
Customer Services