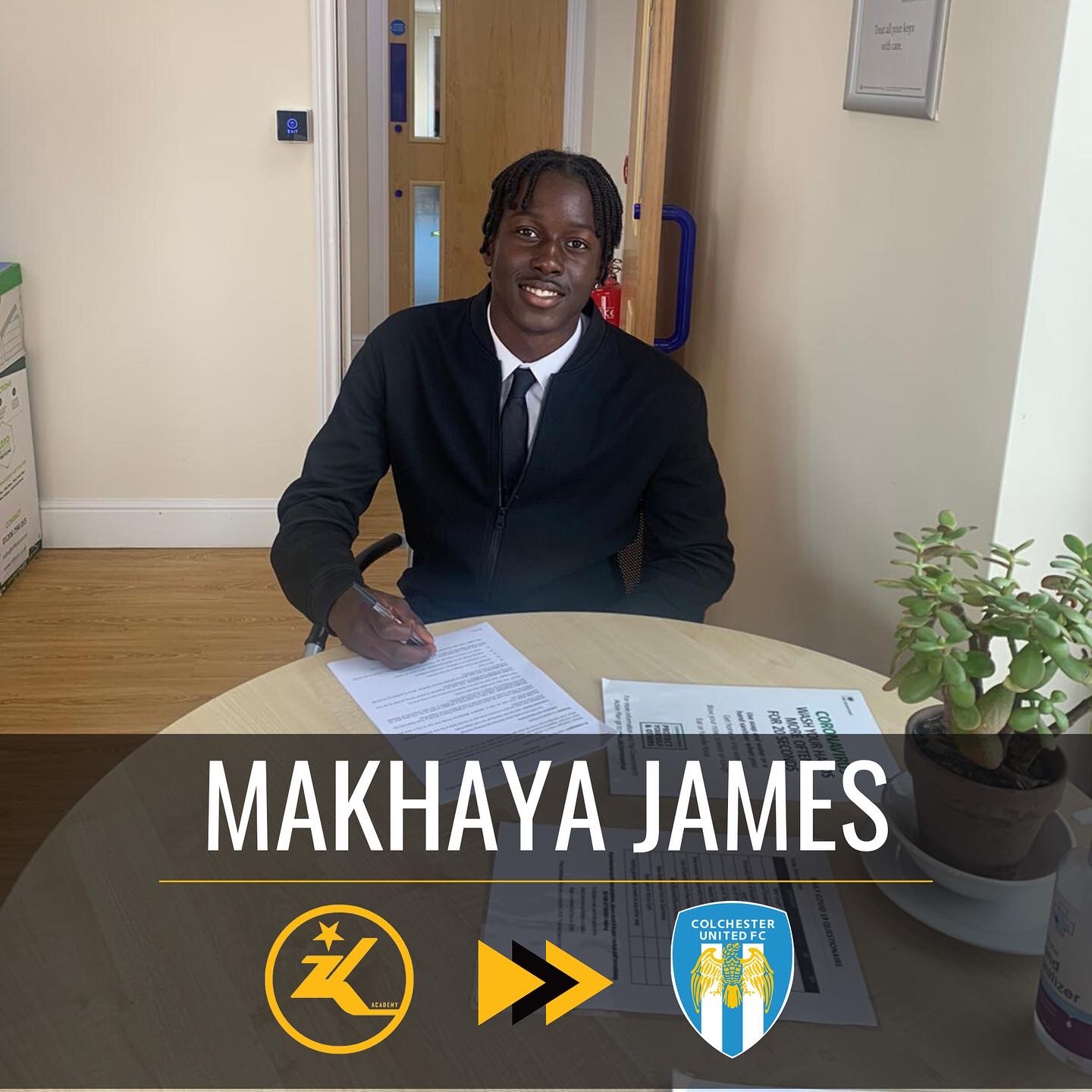 We’re delighted to announce that Makhaya James has signed for Colchester United and becomes our 58th signing to a professional club that has been on our academy programme. We’re proud that we could play a part in supporting his development and journey!

, : “Right from the get go on our Project United Tour in Bath we could see that Makhaya possessed the right character to pursue a career in football. A powerful left back who is strong in the tackle and has a willingness to get forward and serve balls into the box is something that most clubs would be looking for so it came as no surprise that he has already been snapped up.

He had strong performances for Kinetic against Southampton, QPR & Bristol City along with experiencing men’s football for Glebe FC whilst still only a Year 11 student at school. I wish Makhaya all the best, excited to see this young man grow and develop!”

, & : “Makhaya is a lovely kid and so humble. He always leaves everything on the pitch whether it’s training or a match. He’s tenacious and has bags of energy to burn up and down that left flank. Since September I have seen a growth in his ability but more importantly in his confidence, I’m not sure Makhaya knows how good he actually is. But for me as a coach that makes it better when coaching him as I think his ceiling is very high.

He was on the bench with me for Glebe’s first team a number of times and managed to make his debut not too long ago. I hoped for him to start a number of games before the season finished but being seen by Colchester United they wanted him in immediately so he missed the back end of the season with us. I’m buzzing he’s put pen to paper, he deserves it and I’m glad I can say I worked with him for a season!”