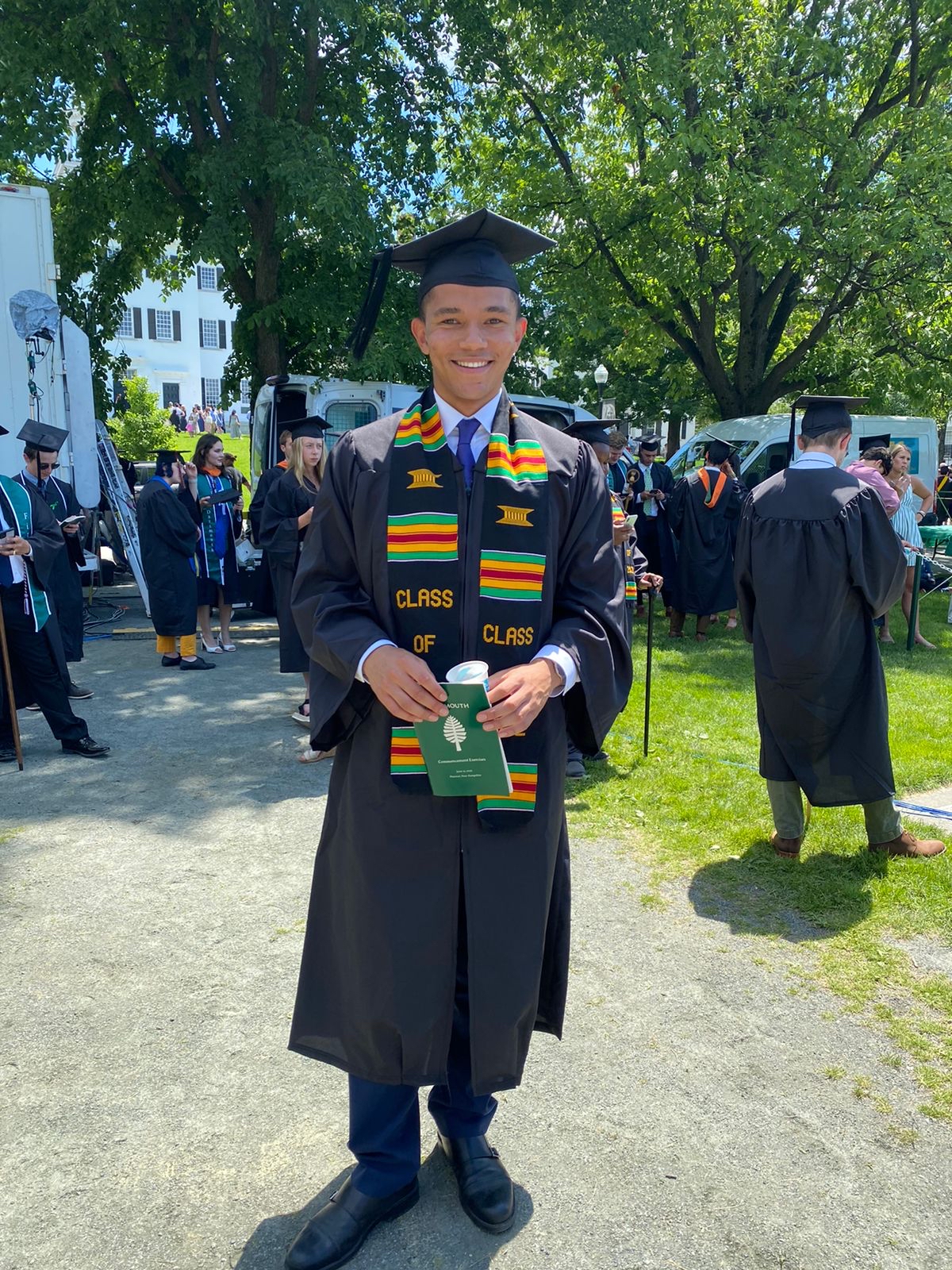 Everyone at Kinetic Foundation was thrilled to see Mothibi Penn-Kekana graduate with high honors from Ivy League Dartmouth College with his degree in Economics and Environmental Sciences!

Mothibi Penn-Kekana has always been an incredibly talented player as well as an exceptional student. He played for Charlton Athletic (2010-15) and Arsenal (2015-16) academies before choosing to pursue higher education. Mothibi was part of the Kinetic Academy full-time programme in 2016/17 at Royal Russell School, in which he helped lift the ISFA National Cup in 2017 whilst also achieving outstanding A level results.

After his outstanding A Levels results, Penn-Kekana still wanted to continue his journey in football. Kinetic helped him realise that studying in America and becoming a Student Athlete was an option. He was offered a scholarship at Dartmouth, one of the world’s greatest academic institutions and a member of the Ivy League. Penn-Kekana: “I wouldn’t have been able to get to America without Kinetic. Recruiting agencies make you pay a lot of money and don’t really care about how good the school is, but Kinetic do. They want to use football to help us improve our lives.”

Over the last two seasons, Mothibi Penn-Kekana was an integral member of the Dartmouth Men’s Soccer team, starting all but one of the 31 games. During his time at Dartmouth, he has served as a teaching assistant for three different economics courses as well as the department’s TA coordinator. Penn-Kekana was also instrumental in founding the Sadie Alexander Association, an organisation for minority students in economics at Dartmouth. He was presented with the ‘Class of 1950 Award’ given to “the varsity student-athlete who has demonstrated the most extraordinary commitment to community service.”

Before arriving in America, Mothibi took a gap year to volunteer, mentor and coach young people in his homeland of South Africa after gaining his coaching qualification whilst with Kinetic Academy. He wanted to give back to those in need and try change the lives of as many young people as possible, putting into practice one of Kinetic’s core principles. Penn-Kekana was named “Young Person of the Year” by radio station Metro FM for his work in Tembisa, South Africa.